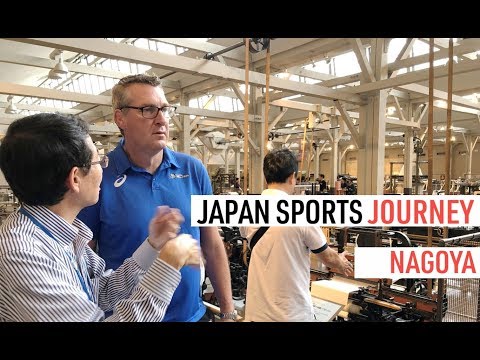 Nagoya is the third biggest cities in Japan and the capital of Aichi Prefecture. It is an excellent base for day trips and Japan travel, located between Tokyo and Osaka on the Tokaido Shinkansen Line. Nagoya played an important role in Japan’s history. Nagoya Castle was built by Tokugawa Ieyasu, the first Shogunate in the Edo Era (1603－1867). Today, Nagoya is an important industrial center and home to Toyota Motor Corporation. The Toyota Commemorative Museum of Industry and Technology (Toyota Techno Museum) is one of several interesting museums here where you can learn about Japanese cars and manufacturing technology. 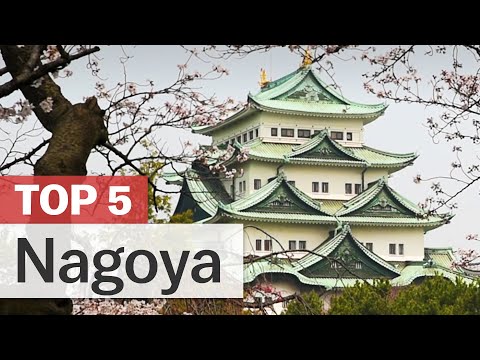 Things to do in Nagoya

Nagoya is the capital of Aichi Prefecture, located in the center of Japan’s main island Honshu. In the past, Nagoya was an important castle town. On the castle grounds stand the reconstructed main keep and the palace of the ruling lords. Present day Nagoya is one of Japan’s industrial centers and home to both traditional and modern manufacturers like Toyota. Toyota’s museums focus on the development of automotive technology while the SCMAGLEV and Railway Park is all about Japan’s trains. Located on the Shinkansen Tokaido Line between Tokyo and Kyoto & Osaka, Nagoya is an excellent base for Japan travel. 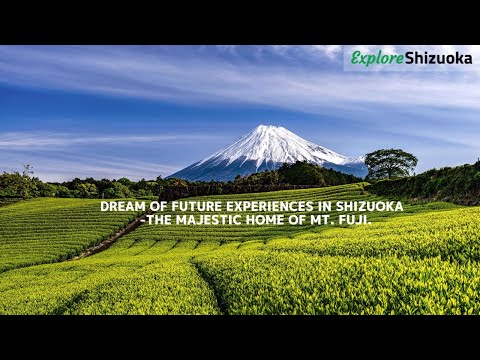 Shizuoka Prefecture located between Tokyo and Nagoya is famous as the home of iconic Mount Fuji. Not only the highest mountain in Japan, but a lot of onsen resorts such as Shuzenji Onsen in the Izu Peninsula attract the visitors from Tokyo and surrounding areas. Shizuoka is top in the number of catches of tuna from many fishing ports along the Pacific Coast such as Yaizu. Note that getting around multiple places in the video need a couple of days, staying at Shuzeji Onsen and Sumatakyo Onsen. 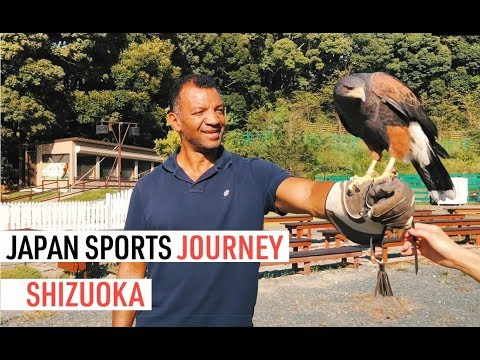 Shizuoka Prefecture is located west of Tokyo on the Pacific Coast and is home of iconic Mount Fuji and the Izu Peninsula. The Old Tokaido Road linking Tokyo and Kyoto runs through Shizuoka. Now Shizuoka City, is situated just between Tokyo and Nagoya on the Tokaido Shinkansen Line. At the city center stand the remains of Sumpu Castle, built by Japan’s first Shogunate Tokugawa Ieyasu. Shizuoka is the top producer of green tea in Japan and also known for its excellent food. Many places on the coast such as Nihon-daira have fantastic views of Mount Fuji. 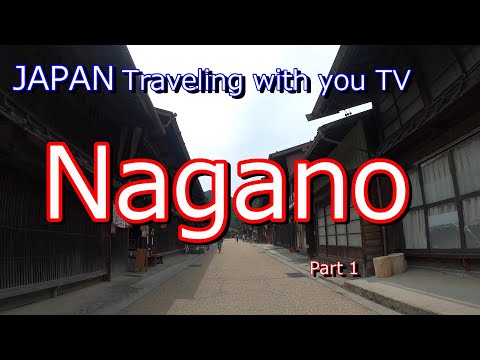 Nagano, the prefecture hosted the Winter Olympic Games in 1998 is popular with the ski resorts such as Nozawa and Hakuba among domestic and international visitors. Meanwhile, there are a lot of places worth visiting during other seasons. Historical landmarks such as Zenkoji Temple and Togakushi Shrine as well as old villages of Tsumago and Narai that used to be post towns centuries ago are popular destinations. 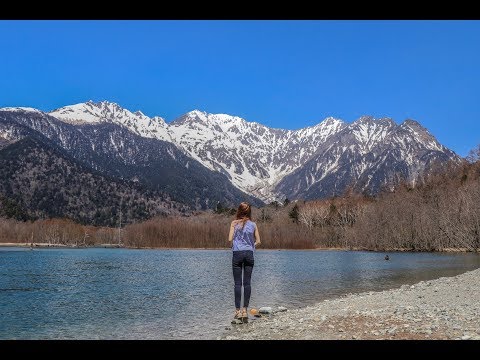 Nagano Prefecture is located in the center of Japan’s main island. It has highlands and mountains with stunning scenery and excellent hiking. Kamikochi is one popular resort in the Northern Japan Alps with beautiful landscape. Take a walk along the river from Taisho Pond to Kappa Bridge or venture further up into the mountains. Away from the big cities, Nagano’s highlands like the Utsukushigahara plateau have stunning night skies. And Achi Village in Southern Nagano is known as the best place in the country for stargazing. For history, visit Matsumoto Castle in Matsumoto City, the oldest existing castle in Japan. 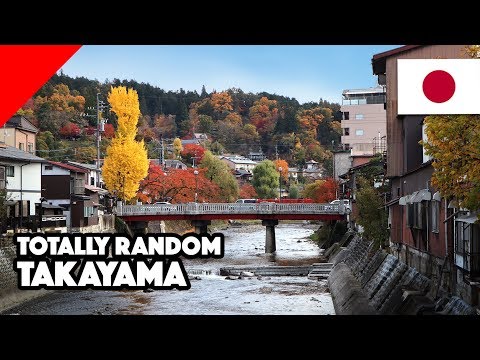 Takayama City, known as Hida Takayama, is located in the mountains of Gifu Prefecture’s Hida region. In the past, this was a thriving merchant town. In the historic Sanmachi Suji district many stores and buildings date back to the Edo Period (1603-1868). The former local government office (Takayama Jinya) is the only one of its kind that still stands. It is now a museum where you can learn more about the history of the region. The Takayama Festival is known as one of Japan’s three most beautiful festivals. It takes places twice a year, April 14-15 and Oct. 9-10. 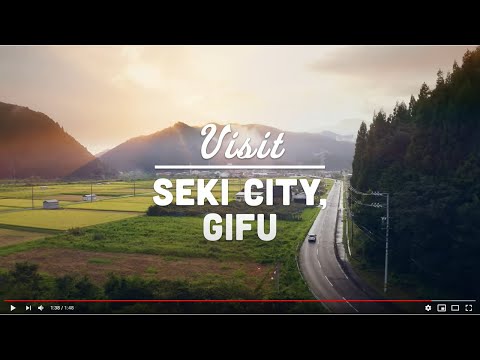 Seki City is located in Gifu Prefecture, in the center of Japan’s main island, Honshu. Seki is known for its master sword makers. Skilled craftsmen have been creating Japanese swords, knives, and tools of the highest quality here for over 800 years. At Hamonoya Sanshu / Seki Cutlery Museum you can learn about the process of forging blades and buy locally produced knives. To explore Seki’s beautiful natural surroundings, take a walk in the mountains outside Seki up to Nichiryubuji Temple. Or visit the Kabusugi Giant Cedar Forest with old trees that look like the enchanted world of Japanese anime. 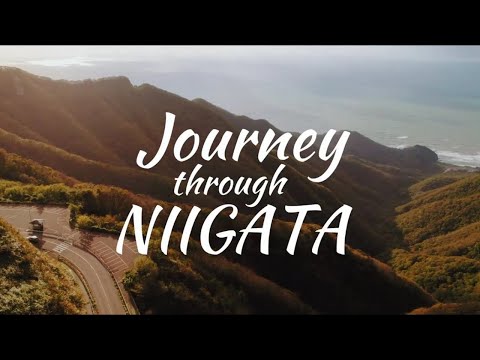 Only 70 minutes from Tokyo, after passing through a long tunnel, you will find another side of Japan different from Tokyo and Kyoto. Niigata Prefecture used to be a wealthy region that boosted its population to the largest number in Japan about 150 years ago. Due to the development of the national transportation networks, the economic center of the country shifted to the Pacific Coast side, leaving the region on the Sea of Japan side behind. However, the original culture, traditions, and sceneries preserved in the opposite side of Japan can be found in Niigata. 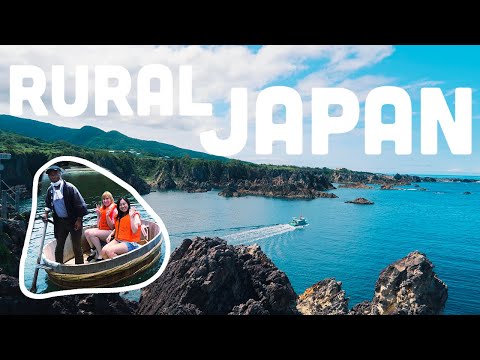 Niigata is located along the Sea of Japan on Japan’s main island. Echigo-yuzawa is known as popular ski resorts as well as the gateway to Kiyotsukyo Gorge which is recently popular as one of the most grammable spots in Niigata Prefecture. Sado Island, off the coast of Niigata City is known for the history that once flourished by its gold mine as well as the unique culture such tub-bort ride. 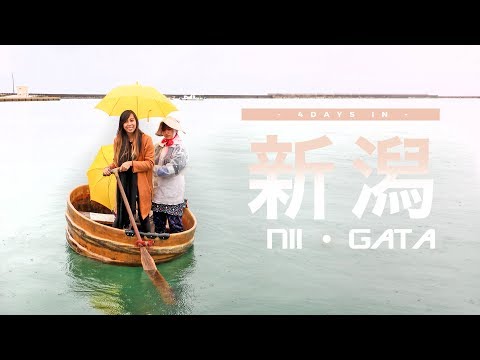 Niigata is one of the prefectures on Japan’s main island that are located along the Sea of Japan. Sado Island, off the coast of Niigata City, is known for its music festival and has a Taiko Centre where you can learn all about Japanese drumming. Explore Niigata’s coast or go hiking and skiing in the mountains - the region around Minamiuonuma is one of the world’s heaviest snowfall areas. And try the local cuisine. In Japan, Niigata Prefecture is known for its high-quality rice and sake. You can taste some of the leading local brands at the Ponshukan Sake Museum.

Kanazawa boasts many historical attractions such as restored residences and districts is accessible in two and a half hours by the Hokuriku Shinkansen bullet train began operation in 2015. Kenrokuen Garden is the most famous attraction filled with a variety of trees, ponds, and flowers that is considered one of the "three great gardens of Japan". Kanazawa boasts numerous former geisha houses in the Higashi Geisha District. wonderful cuisine including some of Japan's highest-quality seafood also attracts many tourists. 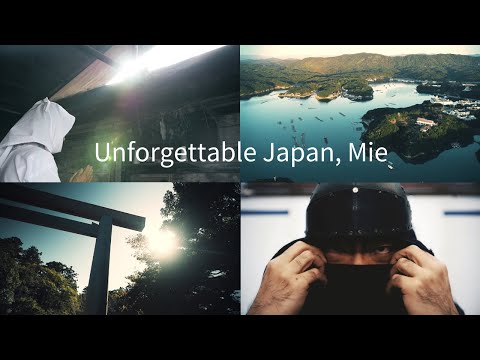 Mie prefecture is located in the center of the Japanese archipelago. Ise Jingu, the most sacred grand shrine in Japan attracts millions of visitors throughout the year. Metoiwa, the couple rocks rise up by the shore along the main approach to Futami Okitama Shrine, a torii gate that greets the sunrise. Iga deep in the hills in the west of the Prefecture, is the origins of ninja in Iga. Akame 48 Waterfalls is one of the waterfalls that are traditionally considered the top 48 waterfall areas in Japan. 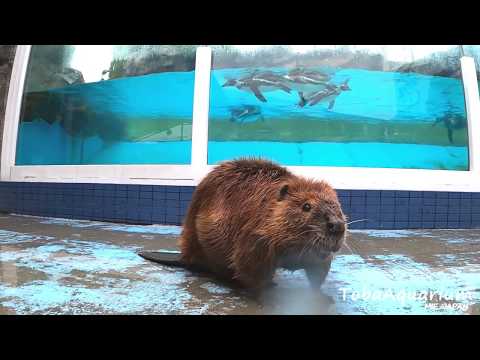 Toba Aquarium is located in Toba City on the coast of Mie Prefecture near Ise City. Toba faces Ise Bay and the Pacific Ocean. The area is part of the Ise-Shima National Park and known for oysters and pearl farming. In the Toba Aquarium you can see a great variety of sea and river creatures from Japan all around the world. Themed zones focus on different sections of aquatic life, including life in the waters near Ise Bay and Japanese rivers. Other areas take you to coral reefs and marine mammals. The dugong Serena is a highlight of the aquarium. 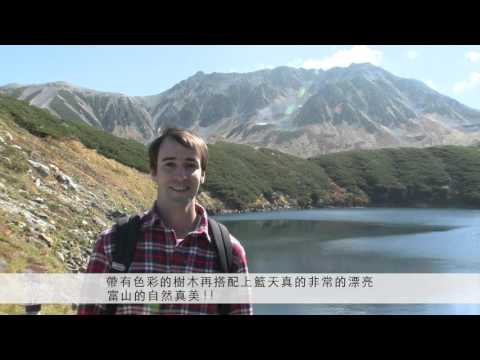 Many Wonders of Toyama